This past week I have read two short books that are so similar to each other in theme, they might as well be promoted as a set. They come from different authors, though, and while one is a best selling memoir, the other is a best selling piece of fiction. Both deal with mortality, the meaning of life, and human wisdom gained at the very end. I read one while I was happy and one while I was decidedly not. No surprise, really, that I loved the former and nearly threw the latter across the room after I finished it.

Oh, the power of the reader’s filter.

Anyway, my intention was never to review them in tandem, but the more I think about it, the more I can’t resist. The similarities and differences are pretty interesting. 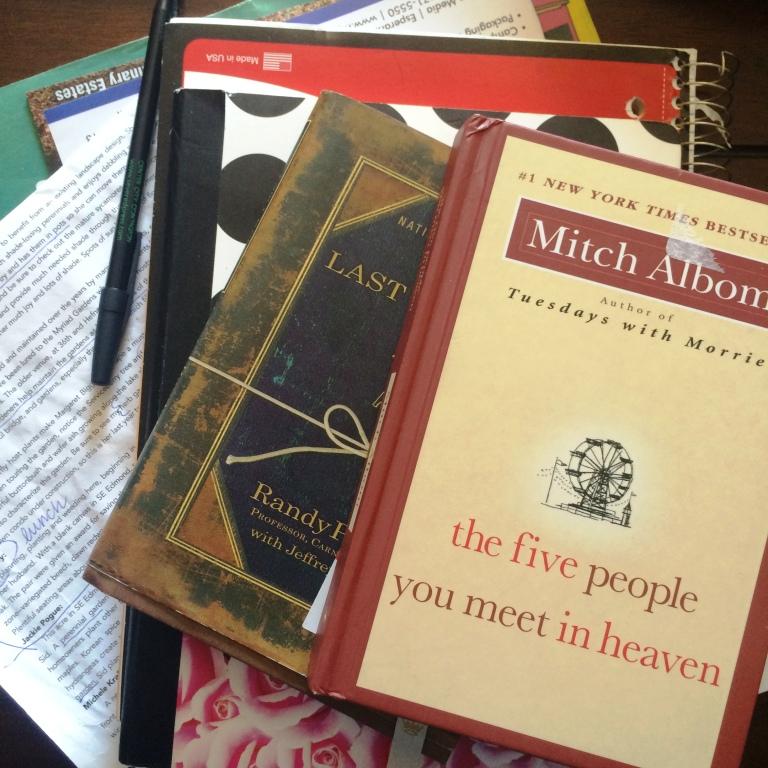 Let’s start with the book I read first.

On Friday night last, our wonderful little Oklahoma book club met for dinner and to discuss The Five People You Meet in Heaven by Mitch Albom. Everyone gave it glowing reviews; we explored most of the messages thoroughly and gleaned lots of worthwhile discussion fodder; and I walked away feeling deeply soothed and inspired, very much the intended outcome of this title selection, after so many grittier, war-torn, controversial books we’ve read together over the past year. Five People is a slim piece of fiction which tells the story of an old man’s death and his first days in Heaven, though the book addresses the timelessness of God, as though perhaps He subscribes to Al Gore’s fuzzy math. haha As the unusual storytelling progresses, we get meaningful glimpses into Eddie’s childhood, his adulthood, and every pivotal part of his life before he died. The book is divided into five parts, one for each of the people who help guide him through his first days in Heaven. Each person also has a lesson to teach him, a bit of explanation or understanding to offer him about his earthly life. Okay.

Friends, it is an absolutely wonderful little book. It’s short in volume and also written with short, concise sentences. The life lessons feel universal without being preachy or overly indulgent. The story itself, well, let’s just say I read about a third of it while eating lunch alone at Braum’s (FYI their apple-bacon-walnut-grilled chicken salad is amazing!), and I cried openly, unable to hold back tears. Maybe it was the salad talking, but this book is so good. Here are the five life lessons, paraphrased, so you get an idea of the emotional impact:

I will take creative license here with my book review and add that the sixth and overarching lesson in Five People is that death is not the end. Not by a long shot. I don’t know your personal beliefs, and some would argue that a well loved piece of fiction is just more heaven mythology, but I either happen to believe or choose to believe that death is not the end. Okay. Thoughts on that?

Here is a line that spoke to me so strongly, though I relate it to my children:

Lost love is still love, Eddie. It takes a different form, that’s all. You can’t see their smile or bring them food or tousle their hair or move them around on a dance floor. But when those senses weaken, another heightens. Memory. Memory becomes your partner. You nurture it. You hold it. You dance with it.

On to The Last Lecture by Randy Pausch. As mentioned above, I read this book while not in a great frame of mind. Surely that colored my opinion, and as much as I hate to criticize any book, I really hate to say anything ill of the deceased. (You probably know this book was authored by a terminally ill man who passed away not long after the book was published. It is based on an actual lecture he delivered several months earlier.) I will say with an attempt at the same sense of humor the author used, that Randy Pausch was known by people who loved him for his inflated ego, for his penchant for frustratingly unyielding scientific argument, and for being (his words) a “recovering jerk.” Let me say that this all definitely bleeds through to the page. And being to married to an otherwise wonderful man who happens to sometimes fit this exact description, and considering that I read this book while sleeping apart from him in the midst of one of the biggest fights of our marriage, well, it’s no surprise that I was annoyed at the author over and over again.

Still. He (Pausch) was brave and generous with his difficult and beautiful story and offered the reader a much longer list of life lessons to consider than did Five People. I won’t list them here because they are so numerous, but I encourage you to read the book for yourself. A highlight for me was around page 133:

I’ll take an earnest person over a hip person every time, because hip is short term. Earnest is long-term. Earnestness is highly underestimated. It comes from the core, while hip is trying to impress you with the surface.

Taking the same creative license as before, I will suggest here that Pausch’s story also teaches that death is not the end, though he tells it more from the standpoint of physical legacy than spiritual eternity. Thoughts on that, friends?

What do you think? Have you read either of these books? Do you agree with my reviews, or maybe take issue with something here? I am super curious what you think. What do you think of the uncanny balance between the two? I really did not see this book relationship coming. I flat out loved reading Five People. And as irritating as it was to read Lecture while angry at my own husband, I am glad the thin little book popped out to my eyes from the bookshelf that night. Pausch offered us lots of great food for thought, and it calmed me down, too. Both reads were wins for me.

Okay. Spill your literary guts. And thank you so much for checking in here, as always.

“Love, like rain, can nourish from above,
drenching couples with a soaking joy.
But sometimes, under the angry heat of life,
love dries on the surface
and must nourish from below,
tending to its roots, keeping itself alive.”
~Mitch Albom
XOXOXOXO 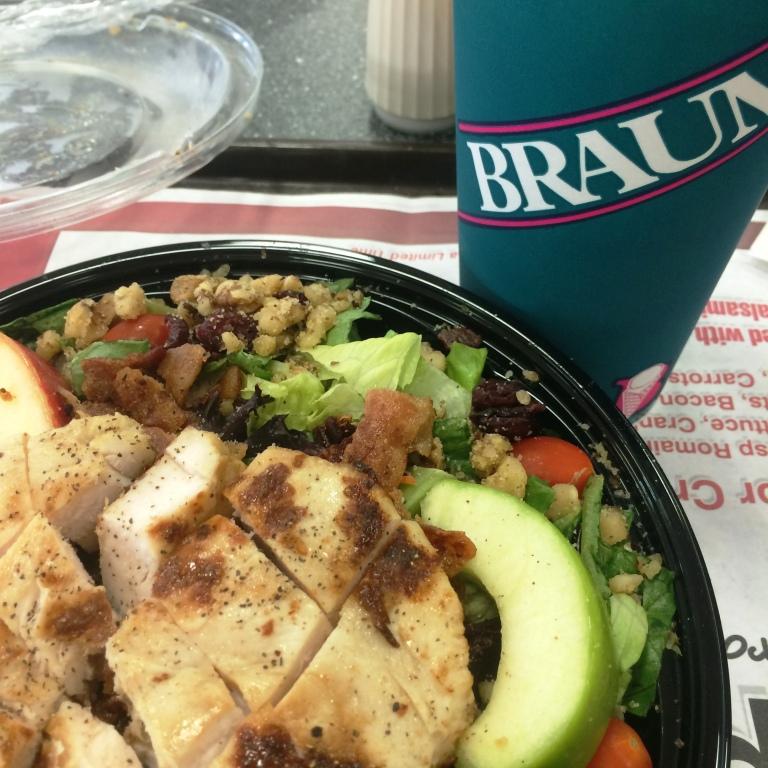