Have you ever been caught in a storm that descended out of nowhere, was more violent and long-lasting than anything you’d ever endured, then fell apart and cleared away just as suddenly?  Maybe after the storm, you were stunned silent for a while, looking around to survey the damage as you caught your breath, slowly accepting that the worst was over and you could finally, truly relax. You might have hidden in a safe place during the storm, and found ways to be comfortable there, but afterward, you could come out into the open again. Only it took you a minute to realize this.

The last several weeks have delivered a wide spectrum of joy, our days and nights filled with both average beauty and extraordinary miracles. Handsome and I have exhausted ourselves working hard and playing harder, carpeing all the diems the best ways we know how. I have a lot to share about how life has changed here at the Lazy W. But I don’t know quite where to begin.

I keep drafting blog posts about lemon-artichoke pasta and what to grow in your fall gardens, also how my marathon prep has been going, but I know there is something bigger to share. And some of you know it too.

The thing is, our biggest storm is over. The one that began over a decade ago and brewed and stalled and tore through our lives and wreaked all kinds of scary havoc, the storm that began losing strength three years ago and released one of our girls to us, the one that even before that was closed behind the Worry Door, just like a hurricane, is finally over. One day the violence and the blinding rain just stopped. Like we knew it eventually would. Then the quiet came. And eventually some sweet, bright sunshine and gentle breezes. And now we just know that it’s over.

I am finally coming out of the stunned silence. 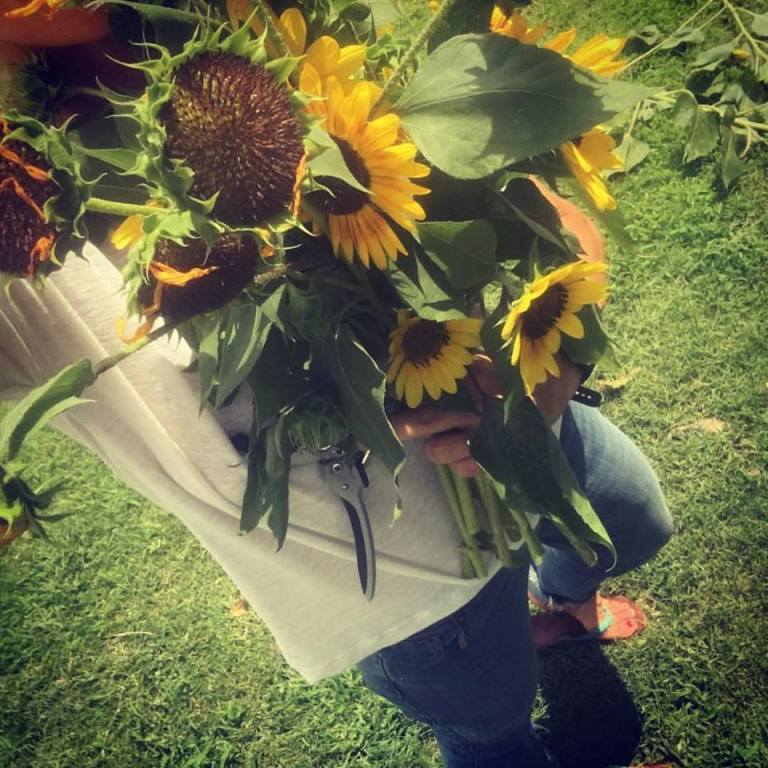 Jessica  turned twenty in August. She and I had been exchanging sparse emails throughout the summer, but they stalled around her birthday. Then not long after we were in touch aagin. The notes were long and sweet, intimate, meaningful, and rapidly becoming less and less careful. Less formal, increasingly familiar and delicious. We were building up a good line of communication, and I was grateul for it and not interested in rushing anything.

Then on the eve of the solar eclipse, she reached out in an unexpected way, although sort of how I always imagined she would, and the next day we spoke on the phone. It was the first time I had ever heard her adult voice, and I can tell you the sensation was a lot like hearing her infant voice crying for the first time. Only this time she laughed.

We spoke eagerly, giggled, exchanged I love yous and continued trading notes all of that day and evening and for days after. Then we made arrangements to see each other on the upcoming Friday afternoon. The days and hours leading up to our date felt, not surprisingly, a lot like anticipating labor induction two decades earlier. Except this time I was much healthier and much better prepared.

I picked her up in Oklahoma City. We spent the early afternoon drinking cold drinks and chatting (laughing so much), shopping for clothes and celebrating when we found bohemian dresses with pockets, reminiscing, grabbing groceries and getting caught up on life. We covered so much emotional ground as we drove around making quick stops all over Midwest City.

Then we drove back to the farm to cook together. She wanted to make shepherd’s pie and a cinnamom crumble cake, both of which turned out delicious. She has always been a natural in the ktichen. 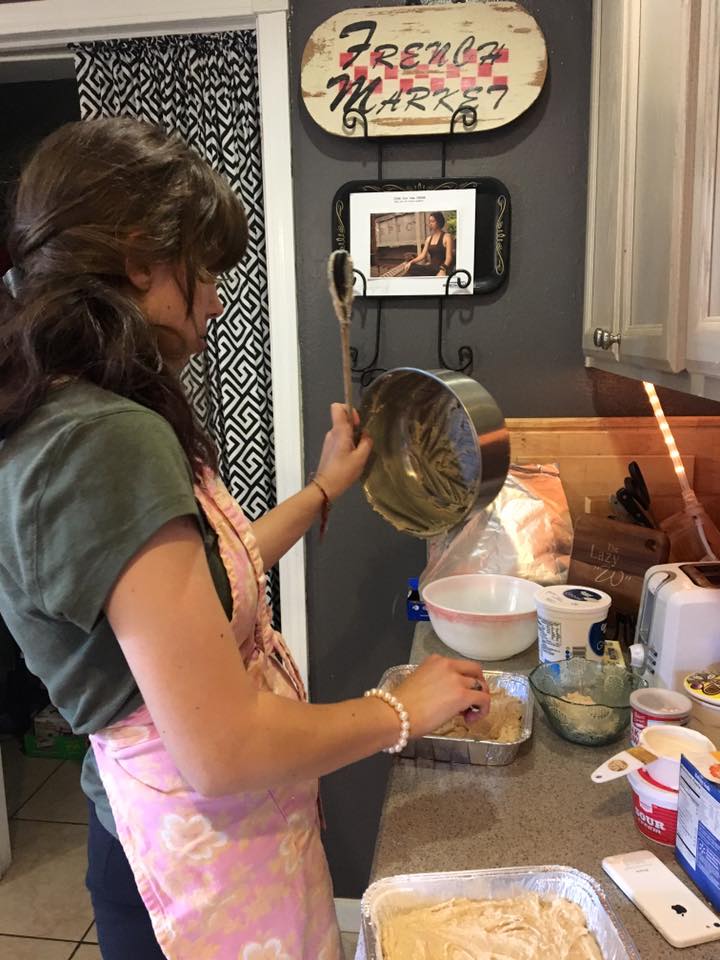 Our reacquaintance was easy and natural. Handsome made it home from work early enough to spend time with her, too. It all felt so nice. She gushed love and affection. Noone had their guard up. We seemed to understand each other intuitively. Not only was there never an awkward silence or a forced word; the exchange of love was airtight and soothing. Harmonious. The way you always hope and need for communication to be. She is the same sweet little Jessie Michelle we had been mourning all these years, and she has done a stunning amount of maturing, too. I am so deeply grateful to know the woman she is becoming.

After I drove her back to the city so she could get ready for her evening and weekend plans, I realized that we had just spent four and a half hours together, during which time we never stopped talking. And it broke a silence of four and a half years. The mirrored time frame brought me to tears and shuddering laughter on my drive back to the farm.

You could rightfully argue that four and a half hours could never replace the loss of four and a half years. But maybe you have never been through this. You would have to feel what I felt and learn what I have learned about God’s power and generosity to restore what’s been lost. Everything really can be wiped away in a moment. We have everything we need.

Okay. I have more to share soon. I appreciate you, as always, for stopping in here. It’s nice to share my heart with you and to have broken the silence too. This storm really is over.