Last night we celebrated my parents’ fortieth wedding anniversary here at the farm. Loved ones came from near and far to congratulate them and encourage them on a hard earned and really happy milestone. It was a lot of fun and much deserved. My parents are the best and are loved by so many people.

Still, of course, it was a terribly bittersweet celebration in the wake of losing Handsome’s Mom. When Judy passed away, she and Harvey were on the eve of their own fortieth anniversary party here at the farm. I don’t think we’ll ever forget that detail. So, as beautiful as the evening was in a thousand ways, it was fraught with difficult emotion. All rooted in love. 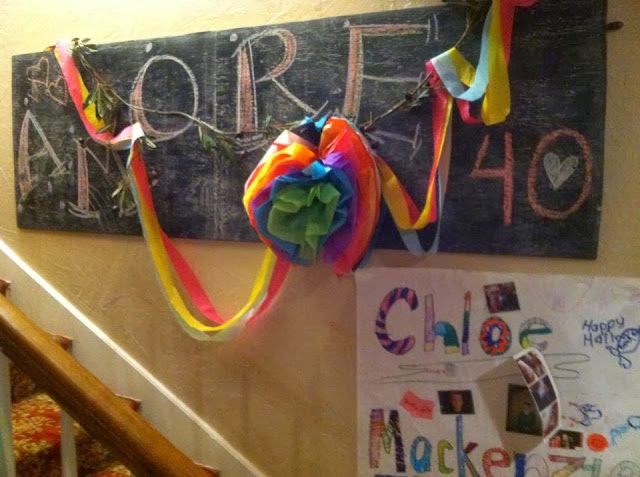 I will tell more of these stores as we go. For now, a sudden insight from video gaming.

Today after church, Handsome, his sweet Dad, and I went to lunch with Handsome’s sister and her beautiful family. Everyone is understandably steeped in sadness right now. The shock of their Mom’s death is wearing off. The crowds have all gone home. And the pain is visceral.

In a deliberate effort to lighten the mood and give the kids at the table something upbeat to think about for a while, my husband, “Uncle B” as he is known to the kids, struck up a conversation with our blue-eyed middle-school nephew Koston. About Minecraft. 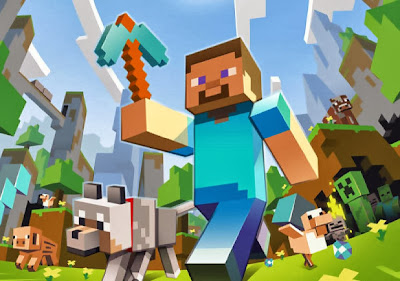 Uncle B made a few remarks about the difficulty with which his own Minecraft adventure had recently started. He complained good-naturedly about the built-in obstacles and frustrating surprises that come with trying to build something from nothing in this imaginary digital world. He was playfully soliciting sympathy from his nephew.

Koston, this blue-eyed boy who I have come to love so dang much, grinned just a little, shook his head casually, and said, “That’s just how it goes at first.”

“That’s just how it goes?!” Uncle B objected with a measure of exaggeration. I couldn’t help but laugh. My husband has a way of slicing through a really thick atmosphere. I love him for this. Some people may interpret it as irreverence, but they’re flatly wrong. It’s nothing but love.

“That’s just how it goes.” Koston chuckled a little and shrugged one shoulder. I am guessing he thought it hilarious to be giving any kind of instruction to his tall, strapping, accomplished Uncle, the man who is anchoring the entire family right now. Koston’s blue eyes were as clear as Mexico waters, just gazing steadily through his few words. He knows his stuff. Especially when it comes to Minecraft.

“Okay! I guess!!” Uncle B laughed too and threw up his hands. Then he continued his mocked up complaints and prodding to get his boys to smile for a moment longer. For the most part, it worked.

I just keep wondering about the simple assurance Koston was providing with a grin and a shrug. That’s just how it goes at first. So true. What’s also true is how things tend to get better with time and effort. How the many games we play are still worth playing, no matter how difficult.

And I keep hoping that everyone has lots of people nearby to give them this assurance when needed. I know I need it. Life is hard. A lot hard. And that’s just how it goes at first. But I believe deep down that it gets better.

Be gentle with each other.
XOXOXOXO