So each of us had slept through the night believing the other had crept into bed (or couch) with us. Each of us had different tactile experiences then feelings of peace and reconciliation (maybe even victory). Finally, we both woke up the next morning to realize we had actually slept alone and were technically still in the middle of a marital standoff. Those next several hours of radio silence between us probably ramped up our anxiety but also helped us crystallize our questions. We eventually compared notes and formed a picture, a timeline, of all the strange things that had transpired. It was by far the most spiritually unsettling thing that had ever happened to us as a couple, and it caused us to hug pretty tight that evening.

This series of strange events is hard to understand, even for people like us who aren’t bothered by the occasional bump in the night or playful relocation of small objects in the house. Handsome and I tend to relish in ghost stories and have no trouble believing in all kinds of stuff. But this was different. Parts of it felt aggressive, negative, and deceptive. We both felt watched and manipulated, and it just wasn’t funny. Depending on your spiritual leanings, these encounters might make more sense in the context of what happened that spring.

In early March of that year, we were pulling up to the farm late at night and discovered a pickup truck flipped over, badly crashed, its driver having been thrown through the glass and lying still on the road in front of our farm. He did not live. It was a deeply troubling, violent sight, something I will never forget. My husband dealt with the emergency responders all night. I called my Mom and cried and cried, sobbed really. It was truly the saddest thing I’d ever seen and the sadness clung to us for a while afterward. I couldn’t get over the image of this man dying so badly, alone until the very last minute when Handsome held his head and spoke to him.

I wrote about it in detail that year, you can click on part three right here, but for the purposes of today’s story, I just want to tell you that I attended the man’s funeral. I met some of his sweet family who obviously loved him so much, and I saw a beautiful photo slideshow of his life, enjoyed a deep drink of the love he had been pouring out for decades. I saw what he looked like in life: Tall, broad shouldered, a shock of white hair. Friends, and I do not say this lightly, the vision I saw in the dining room window was very similar, frighteningly similar, to the image of the man I saw at that funeral.

It took us a long time to connect these dots. Actually, it took us a long time to even talk to our friends about that night we fought and had separate bizarre encounters. But when we finally did, when we had some distance and perspective and rolled around ideas of what might be happening, it struck like lightning. I instantly understood at least part of the presence in our home.

I wasn’t the least bit afraid of the man then. And I’m not now. I don’t think he had anything to do with us fighting or with the mood of separation in our home that week. I think now that he actually played some part in making both Handsome and me feel reconnected to each other.

Something else was causing us to bicker and act childishly, or to be more precise, we both chose to succumb to that weight. There was definitely a dark, heavy cloud over us for a time. But something else, possibly a spirit? or possibly just Love manifesting in ways we’d never seen before? …was helping us each feel our spouse’s closeness despite our bad behavior.

Do you think I’m crazy yet? Or… even crazier than you already thought I was? That’s okay. I know everyone has a unique temperature on these matters, and even inside my own head I don’t have everything quite worked out. But I know how I feel, and I feel at peace with all of it. 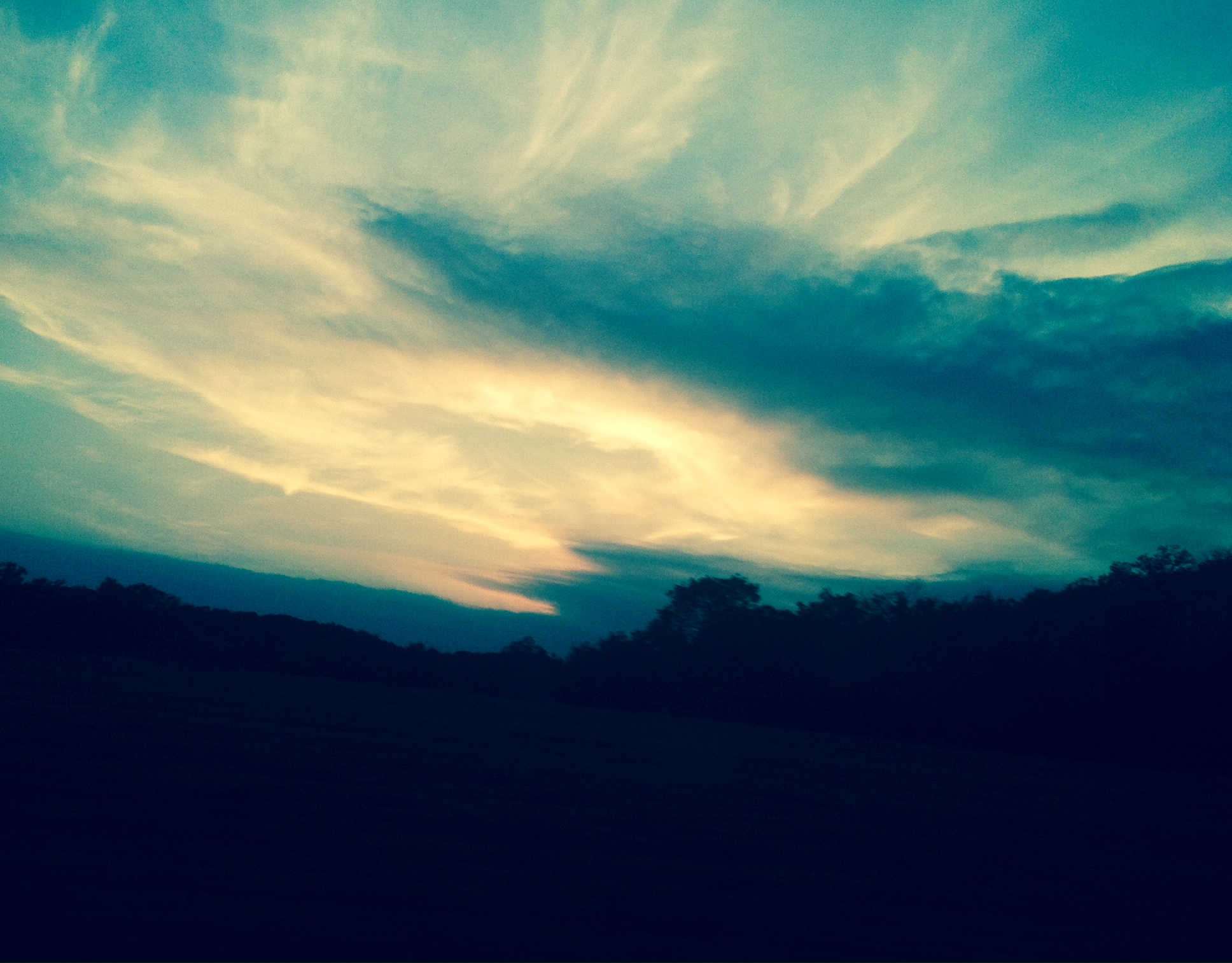 Soon after we reconciled (in the daylight, eyes wide open!), Handsome and I took steps to sort of cleanse the entire property and dismiss negative spirits and energy. We believe in the power of Love and words and prayer, and we are very focused on having a positive environment here. Since that super bizarre night, we are happy to say that nothing remotely like that has happened again.

Unless you count Sasquatch sightings in the Pine Forest.

Until next time, thanks for reading!!

Have you ever experienced a true ghost story? Do you believe spirits can manipulate you emotionally? Are you shaking your head at me now, wondering why you ever started reading my blog in the first place?

Where we left off, it was early morning the day after the event. I had just woken up to the sounds of my husband returning to our bedroom, not rising from our bed as I expected (remember I thought he had come upstairs sometime during the night and wrapped himself around me). He got ready for work, left without saying goodbye. The previous day’s thick tension swelled up again.

I moved through my chores around the farm, grumpy and indignant, refusing to be the one to break the silence. But as the hours passed it became increasingly difficult to ignore the eerie vision I’d had at the dining room window. I couldn’t shake the steeliness of that eye contact. I needed to talk to my guy about this but waited until the afternoon to even text him.

When I finally did break down and text him I’m sure it was about something trite and petty, any dumb excuse to connect. Thankfully he answered and was in a similar state of needing to talk. As it turns out, his evening was no less bizarre than mine. We broached the topic casually, cautiously, not with the kind of gleeful delight you might have when telling a second-hand ghost story. The mood from both of us was very much I can’t believe I’m saying this but what happened last night?

To hear my husband tell his side of the story, this is what happened inside the house while I was simmering angrily outside:

After the fight, the fight about nothing, he set up camp in the greenroom downstairs and purposefully watched shows we both love, at full volume. He saw and heard me walk through the house toward the hot tub but remained stoic. This, folks, is how we hurt each other. This is about as bad as it ever gets.

To fully paint the next part of this picture, you have to understand that he is a creature of such unerring habit that the following details are key: He laid on exactly the same pillows as always. He arranged his three (why are there so many?) remotes in exactly the same order as always. And because he was downstairs there was no timer set on the television. There was no provision for it to click off at a certain time.

A little while after starting his shows and hearing me walk outside (in a huff, by his account), Handsome heard me come back inside and close the door kind of hard. I made coffee for the morning and marched upstairs. He loves to know he’s gotten under my skin, so surely this helped him relax. He fell asleep watching whatever.

At some point during the night he claims to have woken up to me pulling a blanket up over his shoulder. Our couch in this room is an L-shaped sectional, allowing for sort of perpendicular cuddling, and he says that I laid down on the opposite expanse from his, our heads near each other, and cuddled him. He reached over, thinking I had returned in love and that we were reconciled, and he stroked my hair.

Or so he thought.