I have in  my own head a million stories from the whole experience yesterday, but I realize most of them may only be interesting to me. What follows is a relatively short anecdote, something that happened around mile 20 maybe? And it pretty well exemplifies my marathon personality. Specifically, my level of awkwardness that I can’t even shake during a big event like this. 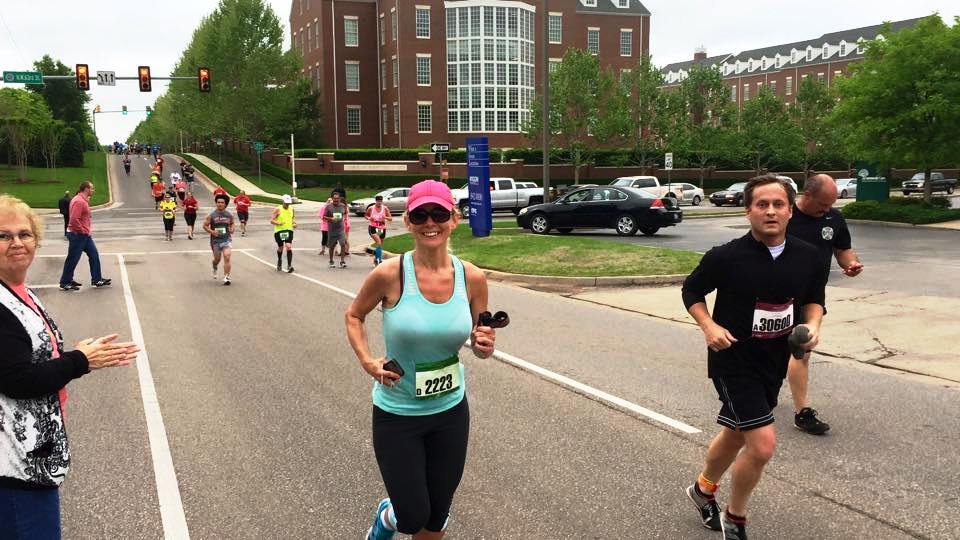 Keen on not drinking any more Powerade because it makes me feel weird in mah belly, I approached an aid station and accepted a plastic cup that from a distance seemed to be clear. I assumed it was water, my desired refreshment, and snagged the plastic cup with clumsy thank yous. A few yards away I realized it was actually filled with mini pretzels, which I also didn’t need in mah belly. Sooooo… did I just toss them? Nope. That would have been wasteful. I jogged back to the same aid station volunteer (why??) and tried to return the snack to him. He looked at me like I was off my rocker crazy and said, at least I think this is what he said, because I was listening to music by now, Shakira at that moment, “You don’t want them?” He was truly perplexed.

“No, thanks though! Thanks! I appreciate it but I thought it was water, you can have it back and give it to someone else who wants them.” I rattled the cup as if to demonstrate to the guy that water doesn’t make this sound, mmkay? And I was actually shouting those long, unnecessary sentences because, you know, Shakira. He took a very long time deciding to go ahead and accept it back from me, then there was an awkward moment of eye contact between us. Really weird vibe. I finally shouted again at the poor guy, “I didn’t touch them!” And ran off.

My god. I am embarrassed to be seen with myself.