So, if you are kind enough to be following along, you probably know that last night I drove to Noble, Oklahoma, to collect my bees. Just out of curiosity, what image does that conjure up for you? I’d love to know.  This whole experience has been replete with learning, so plenty of what I have expected along the way has been wrong.

Fortunately, I was able to make the drive with my mentor in tow, which soothed my jangled nerves considerably. Maribeth and I enjoyed a leisurely drive brimming with more of that sparkling conversation. Have I said lately how lush and healthy Oklahoma is right now? The apiary is not too far off of the interstate but at the end of a long, green tunnel of a road, surrounded by horse farms. Once we found the driveway, it was unmistakable.

What a humble, happy entrance. And the owners/operators, Marcy and Brian, are just as warm and friendly as you might imagine honey lovers to be!

Did you know that bees crawl at night instead of fly? And that they return to the hive every night, after a day of collecting? We arrived at dusk purposefully so that the boxes we purchased would be as full of bees as possible. 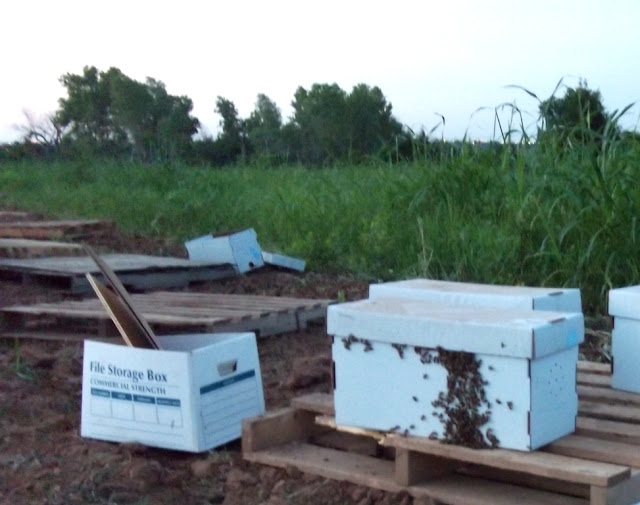 I’m sorry these photos are a bit fuzzy. My gloved hands were not cooperating so well with the tiny camera buttons. Anyway, here you can see a lidded cardboard box with a river of bees on the side. This is rush hour traffic on the crosstown, taking bees home after a long day at the office.
The atmosphere last night was slightly different than what I sensed at the bee yard last month. I heard the bees, certainly, and I saw plenty of them; but the mood was a smidge more intense than during those previous morning hours. Perhaps that is the most important difference, that we were visiting at dusk when workers were returning home instead of during the time when so many would have been absent.
Also, these hives are all in transition, perhaps not perfectly acclimated to their surroundings. I never felt afraid, just more alert than before. I kept close track of every bee that landed on my veil. 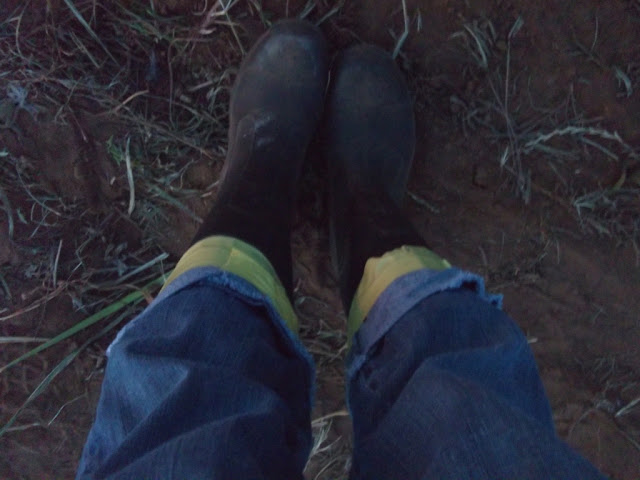 Oh, and I wore better jeans this time. Here you can see the cuffs duct taped to my rubber boots. Scraps of the yellow badge of honor are still on my boots this morning, and I plan to leave them there. 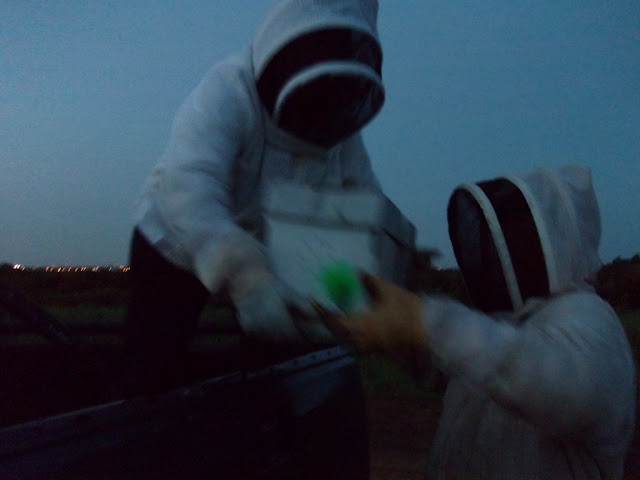 This is one of my two NUCs being loaded into the truck bed. Do you remember the first time you drove your newborn baby around in a car seat? Dilute that feeling just a little bit and add to it the fear of getting pulled over by the highway patrol car and then witnessing the officer’s subsequent violent stinging, and you can sort of imagine how I felt driving home.
None of that actually happened. It just crossed my mind. About seven times.
On the way back toward Oklahoma City, where we would deliver Maribeth’s full hive, we stopped for an ice cream refreshment at Braum’s. This was a life event worth marking with a really special memory, you guys. Ice cream was most definitely in order. We went inside wearing our full bee suits. Much to my eternal disappointment, not one person asked us about our amazing costumes. 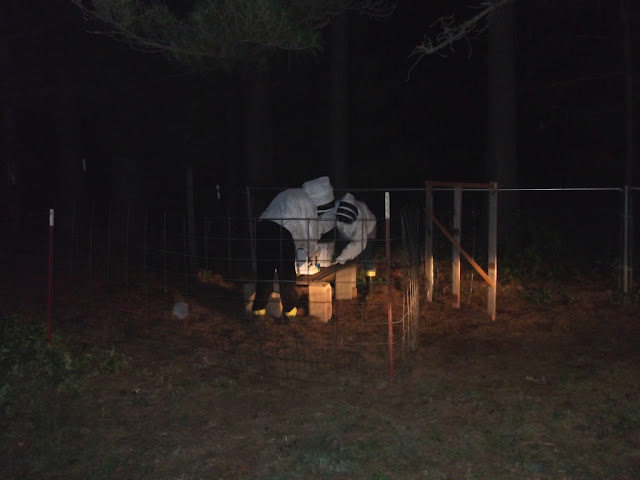 We finally made it back to the Lazy W around 11:00 p.m., and Handsome met us at the little bee yard he had built for me. At a safe distance but wearing only flip flops, shorts, and a tank top, he took a few photos of Maribeth and me placing the NUCs. That inky blackness behind us is the infamous Pine Forest which definitely houses a large deer family and may or may not be populated by Sasquatch.
I could barely settle down at bedtime. It felt like Christmas Eve, the last day of school, and my birthday rolled into one, since I knew that in the morning my 80,000 new fuzzy babies could be out exploring our farm.
********************
Somehow, though, I did manage to sleep. Then at dawn my eyes popped wide open, long before the alarm sounded or the roosters crowed.
I ran to the upstairs west window to see if the NUCs were okay, although from that distance all I could see was that they were still where we left them. Handsome, still in bed, asked wearily, “Are they swarming the windows yet? Hey, do you know how to do a trach on yourself if you get stung? We should have had you tested for bee allergies before doing this.”
“Umm, no, they’re not swarming babe. Yes, I know how to do a trach if needed and I can put a bandage over it too, but don’t worry, I don’t think I am allergic. Everything is fine.”
I have a really good husband. And my reply was at least 65% true. Actually I have no clue in the world how to do a safe tracheotomy on myself or any other living creature. But we do have a lot of Benadryl.
********************
This morning has been cool and mild. Almost no breeze again, very similar in feeling to that day we visited Cripple Creek Farms. As soon as I could, I ran outside in yoga pants, a pajama top, and flip flops to see what was happening. The grass was so dewy that in just a few steps my legs were splashed and flecked with mud. My arms were gloved in goosebumps, but I wasn’t sure if that was from the cool air or more nervous excitement. 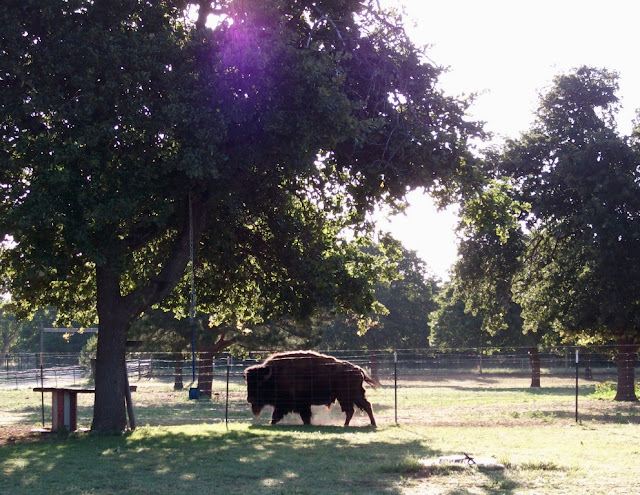 Chunk-Hi was breathing steam as he grunted and patrolled the sunrise. 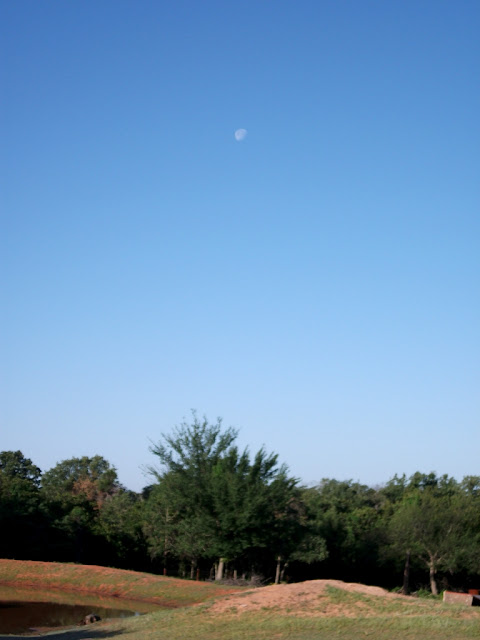 The moon was still lingering like a gypsy earring over the back field. 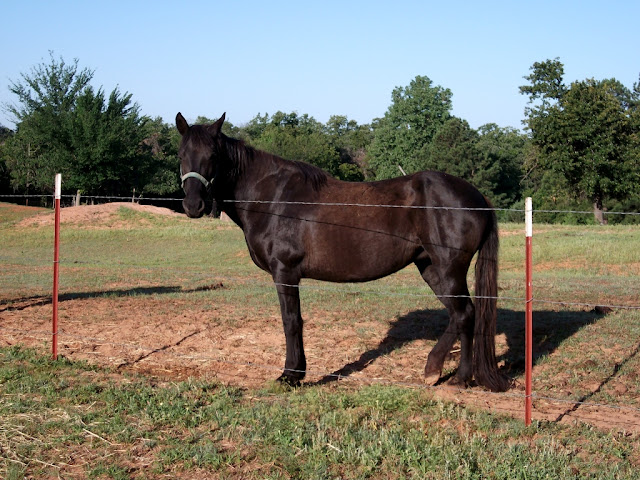 Good morning Daphne! Look at that sleepy little ankle… Almost done shedding, she looks like she’s wrapped in black and chocolate satin. When I first walked down to inspect the bee yard this morning, she had been watching it too, as had a tiny wild rabbit, three Canadian geese visiting from a nearby pond, and most of our chickens. Handsome and I remarked on how the animals all notice promptly when something new arrives at the farm. It’s pretty fun to watch our little society react to subtle changes. 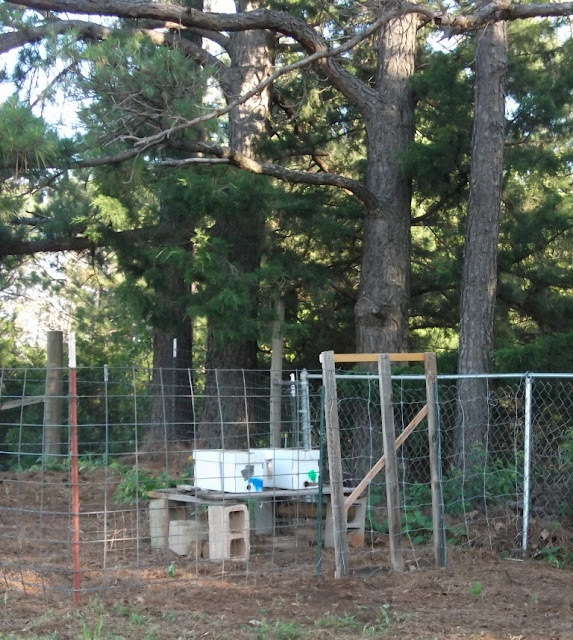 All is well.
Around 6:45 a.m. the bees were just beginning to peek out of those small entrances, probably explaining why the chickens and guineas suddenly found other things to do. I have spent my morning so far doing one little chore at a time, layering each one between additional trips downhill to see the bee yard. 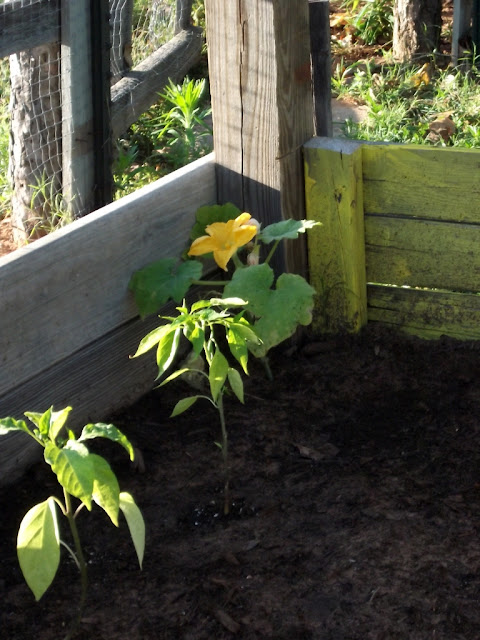 Today promises to be full of equal parts work and beauty. I feel so blessed to be surrounded by all of this, to be so steeped in nature and miracles.
Thanks for following our little bee adventure! I will keep you posted.
Life is Just Too Sweet
xoxoxo